The scenario in Group C became extremely dramatic when U23 Vietnam, Thailand and Korea all had the opportunity to enter the quarterfinals.

The 1-1 draw against Vietnam made U23 Korea lose the top spot to Thailand. The defending U23 Asian champion is also facing the risk of being eliminated from the group stage. 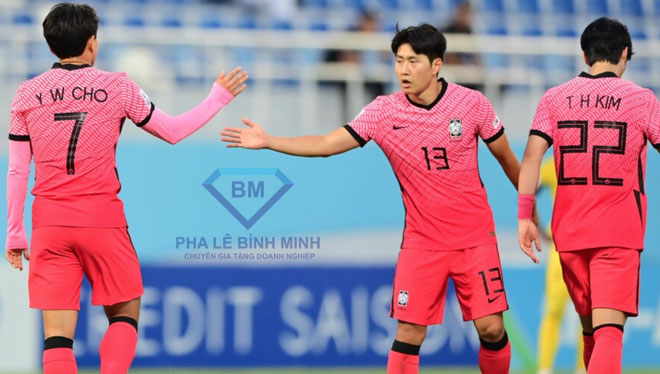 After the 2nd series, Thailand and Korea have 4 points together. U23 Vietnam ranked third with 2 points. Malaysia U23 was eliminated. All of this makes Group C unpredictable in the race to win tickets to the next round.

Accordingly, the defending U23 champion Korea is at a disadvantage compared to Thailand and Vietnam. Korea must win against Thailand or draw 3-3 or more to be sure to continue. And the case of Korea’s elimination is not small when all surprises can happen.

In case U23 Vietnam wins Malaysia, Korea has many disqualification scenarios. The Kimchi team must return home if they lose to Thailand and draw with a score of 0-0 or 1-1. Even if Thailand draws 2-2, Korea will also be eliminated if Vietnam wins Malaysia with a difference of 4 goals or more.

Korea U23 is stronger than Thailand is undisputed. But they have weak points in defense. Two goals conceded against Malaysia and Vietnam are examples. It is not excluded that they continue to be scored by Thailand.

However, Thailand will face greater pressure than U23 Vietnam, when Korea welcomes the return of midfielder Lee Kang-in. The best player in the Korean victory over Malaysia was not able to play against Vietnam, because he had a slight pain.

“Lee Kang-in had a problem with his thigh. Although it’s not serious, I don’t want to take the risk to use him,” coach Hwang Sun-hong (Korea U23) shared.

Lee Kang-in’s talent is a huge difference from the rest in the AFC U23 Championship 2022. Lee Kang-in has played 30 matches in La Liga (Spanish championship) this season. The influence of the young La Liga star was fully demonstrated in the victory over Malaysia, he had 2 corner situations leading to goals and created a breakthrough in the play for Korea U23.

That’s why coach Gong Oh Kyun admitted that Lee Kang-in did not play to help Vietnam reduce difficulties before Korea.

So, in theory, Thailand is open to continue, but they have to hold a draw with Korea. This is a difficult gate for Thailand U23 and the possibility of returning home is also extremely high.